The UndocuFund for Fire Relief in Sonoma County started in October 2017 and initially operated through the end of 2018. During this time`, it raised and distributed roughly $6 million in direct assistance to almost 1,900 families whose lost homes, possessions and earnings in the devastating 2017 Northern California wildfires.

Formed to support undocumented immigrants who lost homes, jobs, and wages in the fires, the UndocuFund held 30 community clinics to assess the needs of undocumented fire survivors and process applications for aid. Many to the support of thousands of donors and dozens of volunteers who contributed to the Fund.

The support the Fund provided helped families get back on their feet by defraying the cost of temporary housing, moving and storage expenses, and medical bills. It helped families replace possessions lost in the fire, from tools and equipment for work to school supplies, clothes and household goods. For undocumented fire victims, who do not qualify for FEMA aid and face barriers accessing other forms of support, recovery is particularly challenging.

During the pandemic, UndocuFund has continued to support undocumented families dealing with the impact of the Kincade, Wallbridge and Glass Fires and has also given direct aid to those grappling with COVID sickness, quarantining, and those who have been unable to work due to the economic shutdowns. For some, this is one of their only sources of relief.

Please listen to the testimonies of two Sonoma County residents from a press conference held in Sonoma County on November 25, 2020.

Emma and her three kids—one adult and two minors—lost their home and everything inside of it. The fires traumatized Emma’s adult child, who has special needs, and she’s had to work less to care for him. UndocuFund’s grant helped pay for rent and replace some lost belongings, but Emma continues to struggle to make ends meet.

Osmar and his family—his mother and father, and his adult son and daughter—lost the home they lived with and most of their belongings. His father fell ill shortly after the fires and Osmar temporarily lost his job. UndocuFund’s grant help them secure a new home, cover medical costs, and replace some items. His new commute is extremely long, but he feels fortunate that his employer has resumed operations.

Blanca, her husband, and their four children lost their apartment and all their possessions in the fires. Her husband also lost his job when his employer burned down. UndocuFund’s initial grant helped them cover a down payment on a new apartment, allowing them to move out of her sister’s home, and a later payment helped them replace lost possessions.

Below are photos from our first application workshop. Many thanks to the 100-plus volunteers who made it possible for us to hold 30 such clinics.

Workshop attendees in line for information. 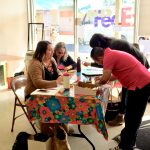 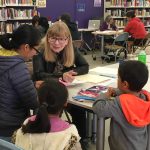 Consultation with woman and her children. 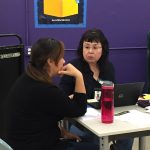 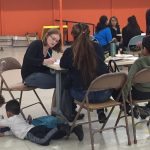 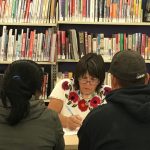 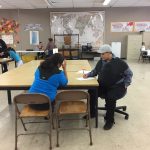 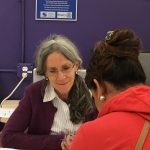 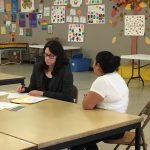 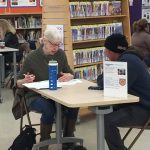 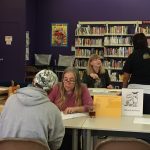 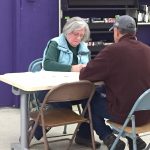 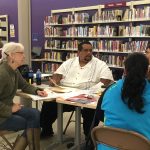